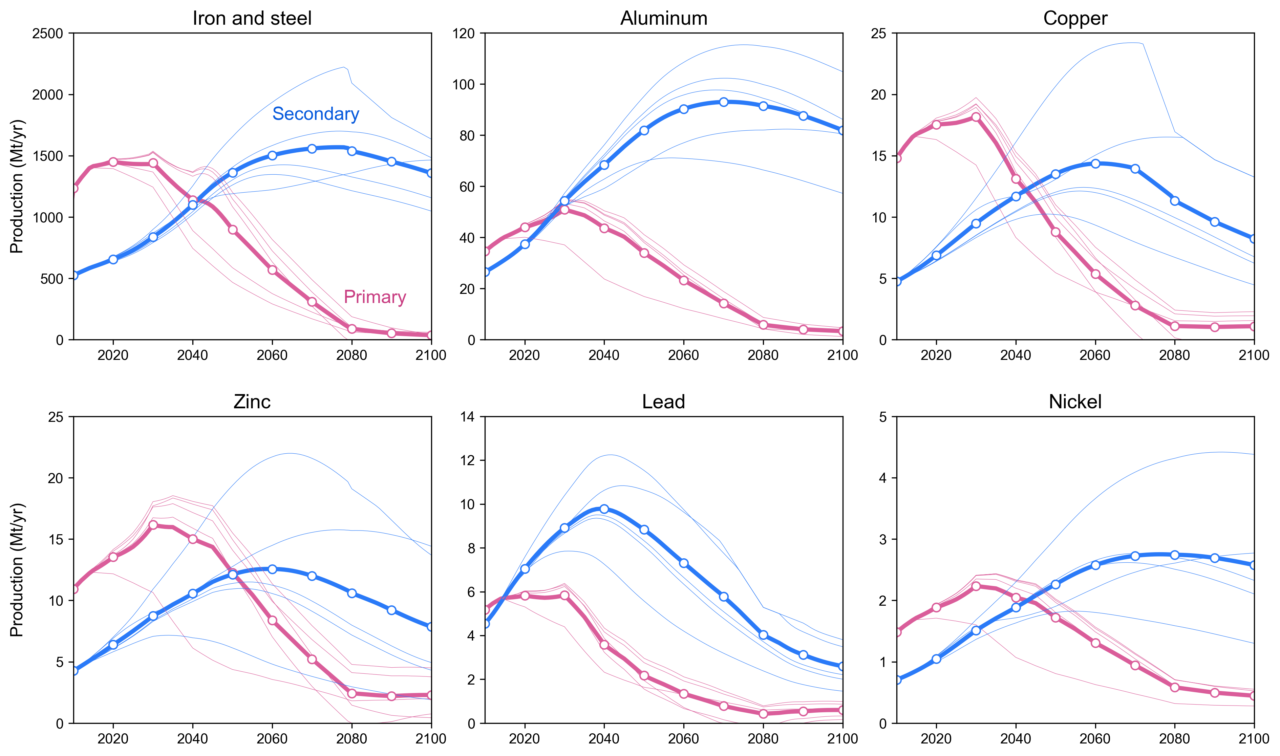 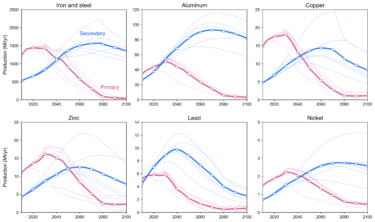 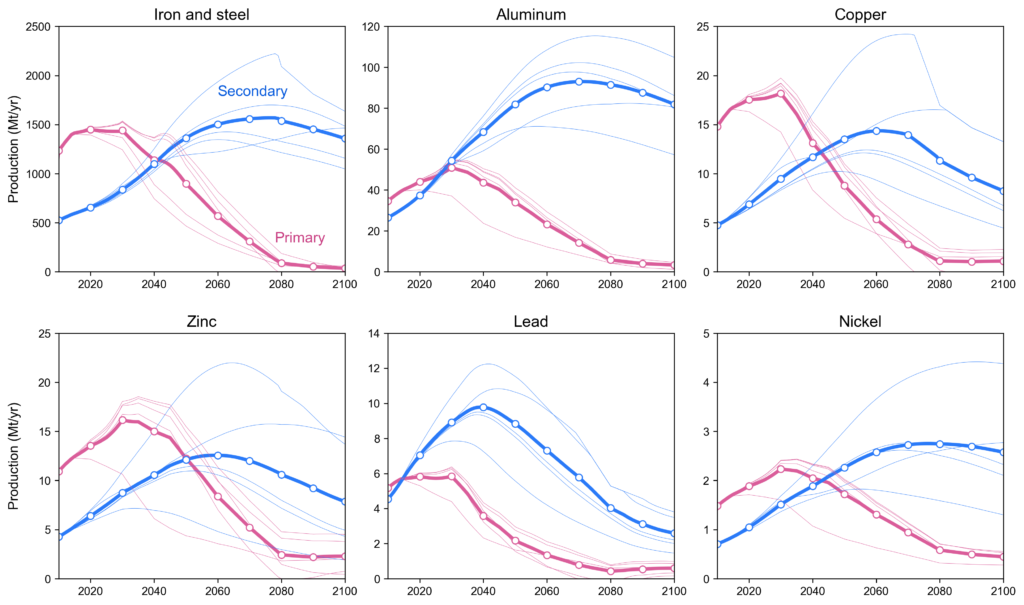 The foundations of modern society are based on metals, yet their production is currently placing considerable strain on the Earth’s carrying capacity. Here, we develop a century-long scenario for six major metals (iron, aluminum, copper, zinc, lead, and nickel) harmonized with climate goals, with the goal of establishing science-based targets. We show that for the metal sector to contribute proportionally to emission reductions targets of the industrial sector, global in-use metal stocks need to converge from the current level of around 4 t/capita to about 7 t/capita. This will require today’s high-income countries to contract their per capita stock from current levels of about 12 t/capita to make room for growth in countries that are presently classified as middle- and low-income countries. In such a contraction and convergence scenario, primary production of all six metals will peak by 2030, and secondary production will surpass primary production by at least 2050. Consequently, cumulative ore requirements over the 21st century will remain below currently identified resources, implying that natural ore extraction will be limited by emissions budgets before existing resources can be depleted. Importantly, realizing such system changes will require urgent and concerted international efforts involving all countries, but specific responsibilities will vary according to income level. Namely, wealthy countries will need to use existing metal stocks more intensively and for longer periods to reduce stock replacement demand, while poor countries will need to develop long-lasting and material-efficient infrastructure to curtail stock expansion demand in the first half of the 21st century.